Grew up  in Tehran-Iran, Bita Bell moved at the age of 15 to the Li Po Chun United World College (LPC-UWC) in Hong Kong SAR, where she studied Visual Arts and Theatre. She has a BA in Music Composition and Theater from Earlham College in  Richmond, Indiana. She is currently a Graduate Fellow at the Ohio State University for Dance and Choreography.  Here she talks  about her childhood, her family, her life as a young female artist, and what moves her to make art. 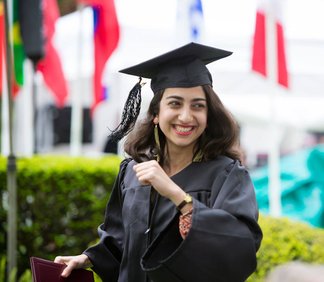 Bita Bell:  I was born in Esfahan and raised in Tehran. Esfahan's historic and cultural soul mixed with Tehran's edgy and creative lifestyle inevitably shaped my personality. I was raised among artists such as my mother and grandmother, and intellectuals such as my aunts and other friends. My mother has a Bachelors in Traditional Arts and Masters in Art History from Tehran University. My grandmother, Gohartaj, was one of the first women to work at the National Treasury of Iran in Tehran 1930s. All my three aunts have university education and teaching experiences. I definitely have a strong support from the women in my family to become a leading female artist.  From a young age I showed enthusiasm for the arts and especially sports. From water-color painting classes to swimming competitions, my mother kept me busy with creativity, away from the injustices on the city streets, and my aggressive father at home. Of course, I acknowledge the opportunities that my  family could provide me. While I was at LPC, I choreographed, directed, and designed a contemporary dance-theatre performance titled Skin & Bones. The performance was the story of my departure from Iran and a three-years of separation from my mother.  The audience were moved in tears, the performance was reviewed in a local newspaper, and I received the 2012 Student Arts Award upon graduation. In addition, in the summer of 2012, a photograph from the second scene was projected in Times Square New York City during the event Artist Wanted. By then I knew that my passion for dance had already bloomed and now I need to nurture it. 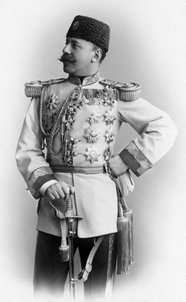 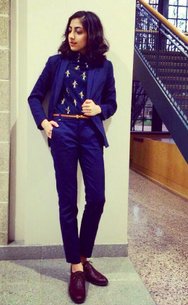 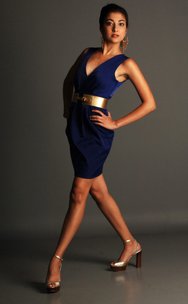 imagofeminae:     what  is your personal approach to your art? What are some of your artistic experiences?

Bita Bell: : My choreography always generates from my personal emotions or stories, for that I believe that is the only way a piece of art is honest- when the artist is pouring their soul into a new creation. However, I focus on the universal elements of my personal narratives and try to make a piece that does not create boundaries. A piece of art is most effective when it can touch everyone's hearts and spark their intellect in one way or another. Even if a piece is political and the message could be very specific, I would still focus on one universal understanding, For example 'oppression'. My latest dance film, which was awarded the Honorary Mention at Earlham Film Festival, resembles this understanding. The dance is inspired by the movements of water and wind and their symbolic image for freedom, which is a universal theme. But, it is also stemming from my desire to dance by the Caspian sea in northern Iran. While I was living In New York City in 2013, I was training at the Joffrey Ballet School, and assisting a choreographer with managing her company; Alison Cook Beatty Dance. Working closely with her familiarized me to many creative ways of choreographing. Hence, both my work environment and the city inspired me to choreograph, dance, and direct, the dance film 'Persistence'. The film was screened at NewYorkArts, at the Unlike film Festival in Indonesia and Finland, and at Earlham College which received the Best Music Video Award in 2014. In the summer of 2014 I created a photographic series called Iranian Ballerina Project. The idea was to juxtapose the ballet as a Western dance style against Islamic and Persian architecture. I wanted to show through this project that in both ‘Eastern’ and ‘Western’ cultures there is a common beauty, such as delicacy, that unites them. All the photographs were taken in public and many Iranians who witnessed the photo sessions were actually quite intrigued. This is precisely my ultimate dream; to establish my own dance company somewhere in Iran where I teach, dance and choreograph. I want to blend the flexibilities that contemporary dance provides, in communicating ideas and messages, with Iranian dances in order to connect to my Iranian audience. I want to study these two dance styles deeper to create a new form, perhaps be called Contemporary Iranian dance. I have been privileged to learn from the opportunities I experienced in my life. I see it as my duty to give back and share this art form in Iran.

imagofeminae:      you are a dancer and a music composer, how   do you work with these both  elements?

Bita Bell: Studying music in an academic setting has inspired me to also understand dance academically and beyond its in-studio physicality. I wrote a research essay on the Sacrificial Dance in Stravinsky's Rite of Spring. I recently conducted a research presentation on three of the 20th century collaborations between a choreographer and composer. The three performances were, Agon by Balanchine and Stravinsky, Appalachian Spring by Martha Graham and Copland, and Second Hand by Cunningham and Cage.I have developed an academic and research interest in dance that has motivated me to study Iranian cultural dances. I am currently writing an article about dance in Iran. I aim to acquire more knowledge of dance documentation, dance history and cultural studies to preserve the dances of Iranian culture-that are being publicly practiced less and less- and have it be accessible in print and for the use of dance reconstruction. Of course, studying music has expanded my musical skills and in turn improved my dancing and choreography. I have composed for a piano quintet (flute, violin, cello) and have then choreographed a solo dance to the score. I have also composed the electronic soundtrack for one of my dance films. I believe it is important to be a well-rounded artist. It not only makes independent projects much easier, but it also contributes to the smoothness of collaborations with other artists. Sometimes, the music informs my choreography and sometimes vice-versa.

imagofeminae:           Do you consider yourself a modern and contemporary woman?

Bita Bell: I am of course contemporary in the sense that I live in this present, I follow today’s technology, metropolitan life-style, and many liberal-modern ideologies, especially regarding female roles in societies. I am traditional in the sense that I have great admiration for my Persian and Iranian history. Same goes for the arts, the existence of contemporary art practices is an outcome of developments from ‘traditional’ arts. It is my history and my modernity that are the leading force for my future artistry!

Video: "Dance in Berlin" a work in progress -by Bita Bell  in cooperation with imagofemina.com 2016

Bita Bell with  mother "Golnaz" USA 2014. "the performance "skin & bones"   was the story of three years of  seperation from my mother". foto: © Courtesy of Bita Bell 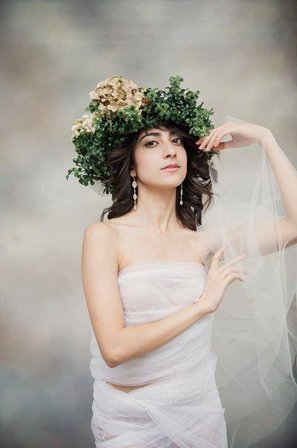 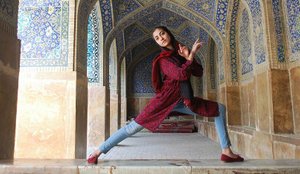 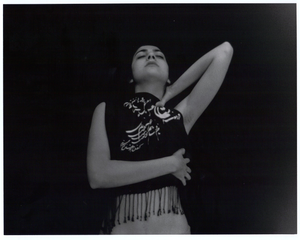 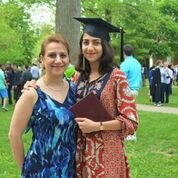 Bita Bell USA 2014 foto: © Courtesy of Bita Bell "My Ancestors were great individuals and i respect it -  my grandmother Mrs. Gohartaj Davarifard,  told me a lot about her grandfather Mirza Reza Khan Geranmayeh"