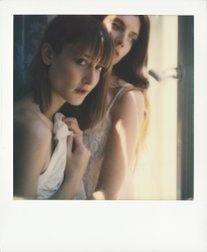 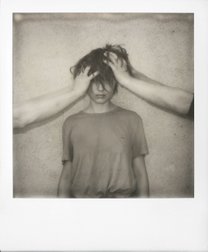 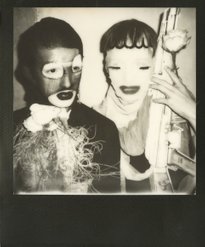 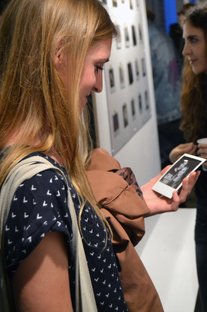 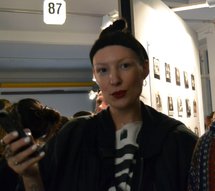 Visitos of the "Berlin is for Lovers" Photo Exhibition by the impossible Project Lab Berlin vernissage August 4, 2016.foto:© imagofeminae.com

"BERLIN IS FOR LOVERS is  a first group exhibition of artists of instant photography. It  reveals the people of Berlin as their most authentic selves - daring to be expressive, intimate and erotic in times of fear, repression and speculation. Far from an idealized, perfected vision, these works capture the sense of freedom to love and exist that make Berlin so special, in such messy, explicit, beautifully unique ways. Candid stories of Love in all its forms, as told on skin and instant film by a selection of Berlin - Based Photographers. Photos that embody the subtle electricity of desire, the connective traces of Tenderness".

With a ray of modern international photographers and filmmakers like:

Katja Sonnewend: photographer, born in Poznań, Poland, Master of Arts, NL Jessica Wolfelsperger: Swiss artist/photographer,  Pepper Levain: photographer,    Matt Lambert: filmmaker and photographer,  Oliver Mark: star photographer,  the     group exhibition "Berlin is for Lovers"             is a  reflection  of the present   way of understanding,  practicing  and  representing  the notion of love and sexuality   in the multi cultural soceity of Berlin.

Transxexuality,  drag,     romantic  emotions and eroticism  observed and interpreted through the  art of    photography      by the artists   can be ragarded  also as a cut of a      small profile    of  socio-cultural, socio-sexual and also individual habits and behavours     in Berlin.              Where the  arts of sexuality in all its forms     (homo, trans, bizzar, fetish, SM,   etc.)       as trends of body-culture and body-identity        become also    a kind of mainstream by themselves and lose their  attraction of being "different" and "special", it  is a   new opportunity for the art, to ask  a society  for its   present   way of     falling in love, making love and  understanding love  in its differnet facets          like eros, agape, philia or caritas. 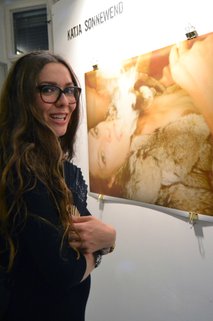 How do they feel when they observe their own loving body,    or parts of it, on   an image?     Were they  influnced by the artists  to  make special poses?  Did they play just a game for the photographers?  Was is authentic love?  Was it a sick love? Was it a perverted love?  Was  it just a sexual attraction?   Was it a hurting love?    and how do they   remember later about the way they were   during the photo shoot. Which "Cultures of Loving"   is being presented?

The   art of  interpretation of a phenomenon  through  the camera, if film or photography,  is allways   influenced by  the human eyes. Is  it  a projection   or is it real?

But one is real. Whatever happend during   this photo project, it happened apparently  in Berlin. 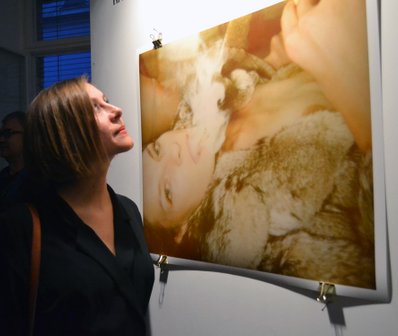