Self Portraits of Women

Interview with Maria Morata, curator of the film series "EXPOSED Self Portraits of Women, film & video works" at Cinema Arsenal in Berlin on Jan. 9, 2014. EXPOSED is an international six part film & video program presenting the artistic positions of women who deal with time-based self-portraits and self representation; with  works from international

Still: I'M NOT THE GIRL WHO MISSES MUCH 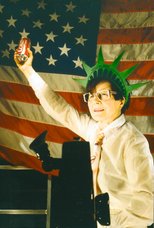 MARIA MORATA: When women are making self-portraits,  they are taking the power of creating their own image.  The fact is that, they are the master of this image of "herself“ so this is a kind of freedom for the women. Thats why the early video art is very close to feminism, not only of course, but a big part was due to this capacity, to this  possibility to control  the own image. In the film works,  we will see that the artists are  not in all cases in front of the camera because in the film it is not very common to talk  to the camera – it ist „the 4th wall“ – but in the video, it is very close to television and in fact we are very used to have the „talking heads“ in the television so we will find a lot of works were really women are in front of the camera.

In the program, the feminism is not the „focus“,  so i try to address this women artsist as subjects and if  they want to talk about feminist issues, that is good and i accept it and i want it of course to have this part but if not, if they are just asking  their „self“ how I am,  how i want to show myself, what are the things  that  are existancially challenging my „Self“... thats  also very interesting too and i try to have a very big panorama to stage „the own person“ „the own body“ in moving images. Looking for the self  "who i am" and "who i am in my context", opens a lot of questions of identity as a woman in the society, in the country or in a very specific religious context.

Normally we are used to have portraits and self portraits  in the traditional arts like painting, sculpture, drawing,  and i was  asking myself, what  would happen if this „self- portrais“ suddently  had a „time dimension", when there is a begining and an end!, what would happen in between!?.  In the program there are a lot of examples,  a lot of very different strategies of artists from several generations who deal with this subject and who try to present an image of their  „self“... sometimes there is a kind of metaphysical cast or looking for the  inner  i  or  the inner "me"  and sometimes it is a kind of resistance  and a kind of performative act where they are rebelling against state, politics and religion.  Parallel to this film video series, i am making a seminar at the University of Arts (in Berlin)  and this seminar is about  self portraits, female and male self portraits. It is very interesting. The students are men and women, and of course there are also other issues and it is very interesting to contrast  both positions... and maybe if you ask me  why did i choose only women... well i was working  in a feminist archive project  and i became very interestred in how women, only women,  portrait themselves  on moving images.

The film of video series started with a film of  Agnes Varda,  it was the film „Reponse de femmes, Notre Corpes Norte sexe", from 1975 and it was really a political pamphlet film, a kind of cine tract documentary made for television where really this feminist denunciation was very clear… and the whole program will finish with a film of  Maria Lassnig. She made a film in a very... well she was  in a very advanced moment of her carrier and it is very nice  to see how light she tells about her life as an artist. She belongs to this first generation of feminist artists and then… now, how  she looks to her life in a very  humorous and nice way. The way this identity of feminist issues are discussed,  it is very different in different countries of course. In Europe  some issues were discussed some time ago in the 60s  and in the 70s and also from  the  very „west“ perspective and it is very important and very interesting how artists from the Moslem countries have another issues to deal with.

The screenings are on every Thursday all in Januarry 2014

Copyright © 2014 by imagofeminae.com ALL RIGHTS RESERVED